Strategic positioning in the leisure travel industry
Part I

Not so very long ago, European leisure travel was dominated by the Foreign Package Holiday sector, itself dominated by a handful of behemoths. We called it the ‘wine glass model’.  At the base were tens of thousands of benighted accommodation suppliers, mainly around the Mediterranean basin.  At the opening were millions of would be holidaymakers keen to reach them.  And between them, at the stem, just a handful of tour operators controlling access and ideally placed to profit. 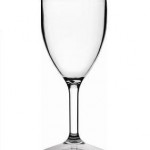 These vertically integrated giants – Thomson, First Choice, Airtours, Thomas Cook – should probably have been printing money.  But competitive rivalry was fierce and capacity was flexible only at the margin (they all operated in-house airlines, as well as retail estates), which meant cut-throat discounting of unsold capacity in the ‘lates’ market.  More to the point, differentiation was weak.  The dominant strategic logic was undiluted game theory, as each player decided how much capacity to throw into the market for the coming season.  One or more players making a short-sighted grab for market share could (and did) trash the market for a year.  It may have looked like an oligopoly, and in 1997 the Competition Commission took a look, but margins were wafer thin and customers weren’t complaining – not about price anyway.

Fast forward a few years and the wine glass looks more like a beer glass.  The Internet enables direct access to accommodation and flight providers.  Online travel agents and bed banks have conspired with low cost airlines to decimate, in particular, the tour operators’ core Spanish market.  The foreign package holidays sector is showing all the characteristics of an industry in the decline phase of its life cycle.  The four giants have consolidated further into two dominant but low margin pan-European players, Tui and Thomas Cook, who are obsessed with minimising costs and battening down capacity across the sector while allocating any spare capital to business models outside the mainstream, in a near desperate effort to jump to a new growth curve.

In the maelstrom, new business models have bubbled up and thrived, and we’ll get to that in Part II, but it is worth dwelling for a moment on the question of why the booming foreign package holiday market suddenly became the ginger stepson of the travel industry.

Because if these giants were surviving on low margins, which they were, and if they had enormous buying power, which they did, and if their charter airlines were running over 90% full and with maximal seat density, which again they were, and if the market as a whole was growing, which it was, then how, exactly, could the combination of hoteliers with direct(ish) access to consumers and low cost scheduled carriers, undercut them?  And why couldn’t they squash the new threat before it gained any traction?

One reason of course is distribution costs.  The giants were running huge retail travel agency chains that collectively added ten per cent or more to the cost of supply.  Although they’ve progressively scaled down high street capacity over the last decade, the giants are still the one’s harvesting that segment of the population that wants to walk into a shop to buy a beach holiday.  But that’s not a growing segment.

A more subtle reason is the aviation model.  Although they ran maximum density seat configurations and controlled costs very tightly, the charter airlines were essentially full service providers.  It could take fifty minutes to turn around an aircraft on the tarmac when it had to be loaded with fresh meals as well as fuel.  The new Low Cost Carrier (LCC) business model was designed to allow aircraft to be turned around in twenty minutes or less.  That meant that the LCC’s could typically get in 20% more rotations (flights) than a charter airline in a given week (and double the rotations of a full service scheduled carrier).  An aircraft is basically one giant fixed cost that also consumes fuel.  Higher fixed cost utilisation meant lower unit costs and the ability to price more sharply.

A third factor is that the tour operators only made low margins on average.  What actually happened was that early bookers, notwithstanding occasional early booking discounts, would pay a high ‘brochure’ price that would deliver a handsome profit margin.  But as the date of departure drew nearer, any unsold holidays were dumped at cut-throat ‘lates’ prices, delivering margins that only looked good when compared with letting a seat go empty.  Early bookers were literally subsidising the lates market.  The LCC’s turned this model on its head.  Customers booking well in advance got bargains.  So the whole advance purchase segment that the tour operators relied on for their profitability was severely undercut on those routes served by the LCC’s.   Spain, basically.  And Spain in the 1990’s represented well over half of a typical holiday giant’s market.

There were other factors of course, such as the new ability that LCCs gave a traveller to arrange a holiday that wasn’t just 7 or 14 nights, and the increasing familiarity and comfort consumers gained dealing with overseas hoteliers.  The overall impact was to pitch Foreign

Package Holidays into the decline phase of their particular industry life-cycle.

Classic strategy in these circumstances says that you consolidate and control supply, take capacity and costs out of the market, manage for cash and reinvest in more promising growth areas.  And that is exactly what happened.  Four became two – TUI Travel and Thomas Cook; the competition authorities ignored the duopoly; weak attempts were made to differentiate ‘mainstream’ product; and both players de-emphasised their ‘mainstream’ businesses in investor communications, in favour of their (pretty vague) corporate M&A strategies.

A declining market does not of itself imply a bad strategy.  But it doesn’t imply growth and it doesn’t mean that there aren’t better positions to occupy. 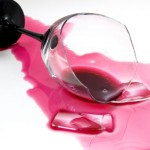 So when the wine glass broke, what happened to the wine?  We’ll take a look in Part II. 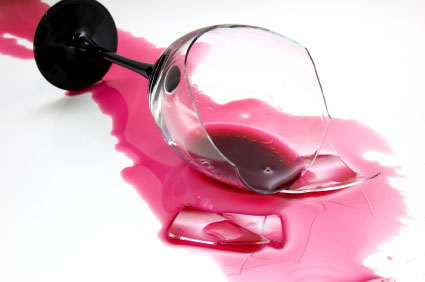 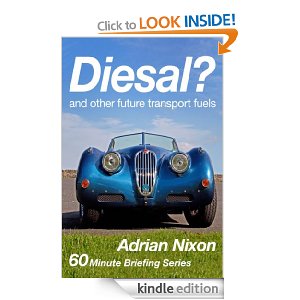 In 2008 the collapse of Lehman Brothers turned the credit crunch into a global rout, and it wasn’t a great time to…

2 thoughts on “The Broken Wine Glass”